I had the wonderful opportunity to photograph Oingo Boingo guitarist and movie & television composer / conductor extraordinaire Steve Bartek at his Los Angeles home studio.  Wanting to capture Steve’s unique character, I placed him in the surroundings in which he works and encouraged him to simply be himself.  The timbre I wanted was how Steve’s personality is part of, yet still overcomes, his creative cocoon that shields him from the bustling Los Angeles cityscape.  This was a very challenging shoot as I had to fit all the photo gear within a very small space, surrounded by beautiful and expensive guitars while keeping cool so Steve was able to express himself despite this intrusion.  Steve’s favorite instrument, a vintage music box piano, makes a cameo in the guitar shots.  Steve was wonderful, making me feel like a very welcome guest. We even indulged a shared love of Reed’s Ginger Brew. 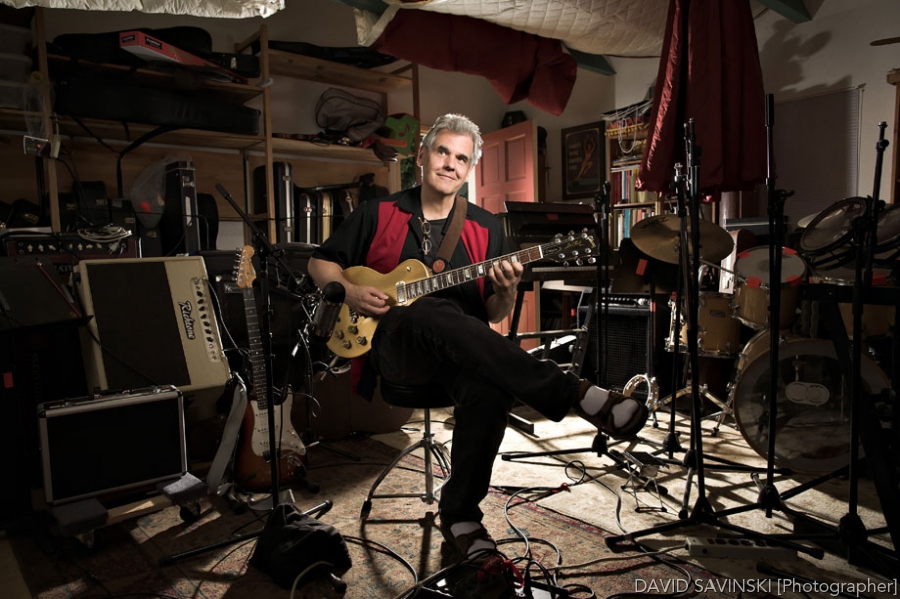 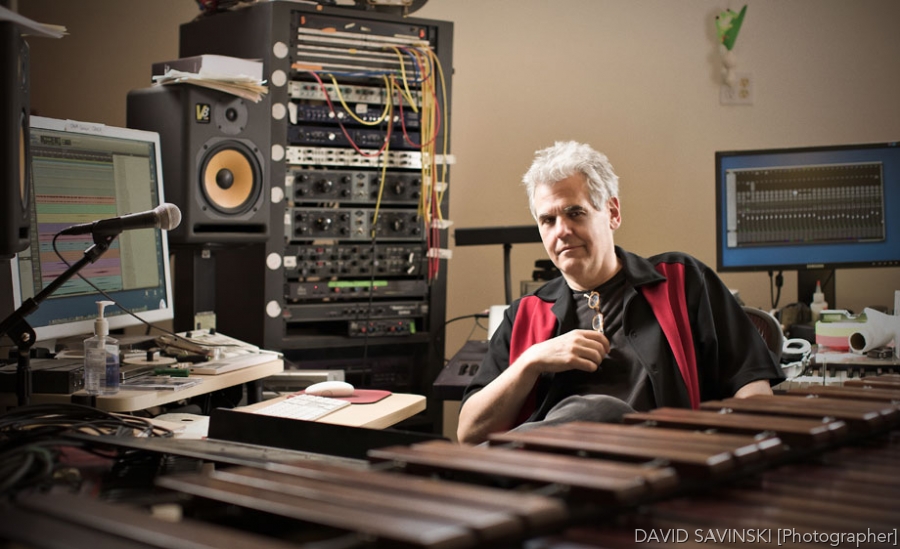